Starting a phase 1 trial can be exciting and nerve-racking, especially for First Time in Human studies. In most cases, Phase 1 trials are the first opportunity to assess if the properties of a therapeutic, and its safety in humans at increasing doses, behave as predicted. In other cases, it will involve expanding the cohort exposed to the new or approved therapeutics, with a view to broadening the potential label for the treatment.

Phase 1 trials carry risk and, unfortunately, in rare cases, do not always go to plan. There have been well-publicised instances of Phase 1 trials having issues in the past, including the 2006 Northwick Park UK trial with TeGenero’s monoclonal antibody TGN1412, which induced an almost immediate life-threatening inflammatory response (caused by a ‘cytokine storm’) in the 6 trial participants; and the 2015 Bial-Portela trial with BioTrial in France of the fatty acid amide hydroxylase inhibitor BIA102474-101. In this study patients in the 5th multiple ascending dose cohort became ill at the fifth and sixth doses, with the one patient sadly dying after a week and the other patients surviving but showing evidence of deep-brain haemorrhage and necrosis.[2]

The TeGenero trial brought Phase 1 trial processes under increased scrutiny with the UK and Europe releasing stronger guidance around how to commence and monitor Phase 1 studies. EU Guidance was updated in 2017 after the Bial-Portela trial [3, 4], and the FDA has issued multiple guidance documents to support early phase development. Australia’s TGA has provided tips on several clinical and non-clinical guidelines that should be considered by HRECs, trial sponsors and manufacturers in the context of early phase trials. [5]

Outside of the regulation, increasing clinical development costs, a greater focus on rare disease treatments, a need for more paediatric research,  the opportunity for greater personalised medicine as a result of better understanding between the genetics of disease and the action of new medications and biologicals means that drug development pathways and how Phase 1 trials are approached is changing.

The primary objectives of Phase 1 studies are to investigate safety, tolerability, pharmacokinetics and pharmacodynamics. However, there is an increasing trend to include additional sub-studies into the first clinical trial to generate the maximum amount of data, as early as possible. These might include examining drug interactions, the effects of food/gender/genetics, effects of dose on biomarkers, or investigation of concentration of investigational product in certain organs. [6].

With safety of utmost importance, it is critical to get the starting dose and potential schedule of dosing accurate. For this reason, computer-based modelling and simulation is increasingly being used to generate information able to inform decision making around trial design. Modelling and simulation have been effective at predicting optimal dosing regimens, identifying patients likely to experience drug-drug interactions, populations where the dose may need to be modified (eg. paediatrics, elderly, different ethnic groups, patients with impaired liver or kidney function), toxicity and safety issues. [7] Though not always easy to model, due to the complexity of biological systems, limited scientific understanding of certain diseases, and lack of real world population outcomes data, it is a field likely to see growth.

Over a decade ago, as part of its Critical Path Initiative, the FDA introduced exploratory IND studies, sometimes called Phase 0 studies, as a way to establish quickly whether a therapeutic would be appropriate for use in humans, and should therefore proceed to the ‘traditional’ Phase 1 studies. Phase 0 studies are essentially condensed, first in human studies using microdoses lower than those used in Phase 1 trials, with no therapeutic purpose and where tolerability is not investigated. There are now a number of Phase 0 approaches which can be used under the International Conference on Harmonization (ICH) M3 Guidelines [8], offering versatility and flexibility to drug developers [9].

Other innovations in trial design include multiple expansion cohort trials and master protocols.

In August 2018, the FDA released draft guidance on the use of multiple expansion cohort trial designs [10] to help expedite development of cancer drugs. These trial designs have a single protocol, with an initial dose-escalation phase plus 3 or more additional patient cohorts with cohort-specific objectives.  These might include assessing anti-tumour activity, the appropriate dose in specific populations (eg paediatric or elderly), alternative dosing schedules, or the evaluation of a potential biomarker. The trial’s aim is to expedite drug development, but due to the risks posed by exposing more patients simultaneously to potentially suboptimal or toxic doses of an investigational drug, it is recommended these types of trials are limited to drugs for indications or populations in which the potential benefits outweigh the increased risk (ie. patients with serious diseases for which no curative therapies are available).

Master protocols are generally aimed at speeding up latter phase development, but can include some of the elements typically studied in Phase 1. For example, while it is recommended all investigational drugs undergo preliminary dose finding Phase 1 trials, there may be sub-populations (for example paediatrics) in which dose-finding studies may be done under a master protocol. [11]

Australia has exceptional capacity for early phase research, with dedicated Phase 1 facilities in most states. There are certain states (eg. NSW [12]) that are examining the need for frameworks to ensure the quality and safety of early phase trials. This capacity is further strengthened by a favourable regulatory environment that supports Phase 1 trials starting much faster than in many other countries.

Southern Star Research has deep experience in supporting its clients to make the leap from preclinical to clinical testing, with specialised knowledge of the Australian capacity for early phase research, and well-developed relationships with Phase 1 clinics across the country. Contact us today to discuss how we can meet your clinical development requirements. 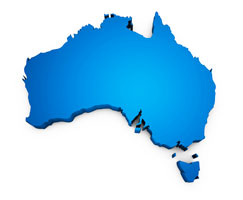 Why Australia For Clinical Trials?

Keep up to date with the latest news, updates and promotions